Home Uncategorized Heavy Menstrual Bleeding: What Girls (and Parents) Need to Know
Share
Facebook
Twitter
Google+
Pinterest
WhatsApp
It is a normal change for a girl to begin with menstrual periods as puberty enters her life. Some girls might be anxious about their period to start while the others are excited about this kind of change in their life. This is why parents, especially mothers, need to know better about menstrual cycles as to properly guide them at the beginning of this phase so they can help with their daughter’s transition. 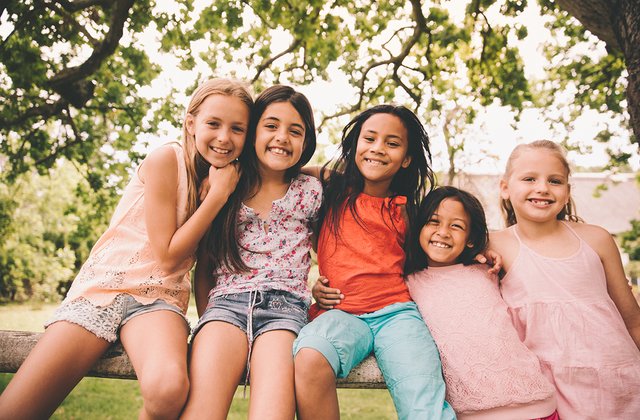 The menstrual cycle is a complicated hormonal process which affects the body and causes change. While the menstruation blood flow ranges from light to heavy normal, one should know as to how heavy menstruation becomes out of hand and what is already not a normal blood flow. Many girls and parents have difficulty in assessing what passes as a normal menstruation, thus here are some knowledge about heavy menstrual bleeding.
What Constitutes as Heavy Menstrual Bleeding?
One can consider a woman is suffering from heavy menstrual bleeding when the blood loss is greater than about 80 milliliters each cycle. Of course, you cannot just be able to measure the volume of menstrual blood loss-what is done to determine heavy menstrual bleeding is the frequency of how many times a woman changes her sanitary pads or tampons, as well as the clotting, those that are larger than 1 inch in diameter.
Having this condition might impact the quality of life and trigger stress since this comes with lots of considerations such as continuously changing sanitary protection, which can make it difficult for women to carry daily responsibilities. Additionally, one should be wary that menorrhagia or heavy menstrual bleeding might indicate a more serious condition.
Symptoms and When to See a Doctor
Look out for these signs and symptoms during the menstruation period so as to seek for medical help immediately after keeping an eye out of your child’s menstrual period.
When to see a doctor
If you already have these signs and symptoms, then it would be wise to seek medical help. However, if you are experiencing the following occurrence below then you should go and seek out an immediate help and trip to the doctor.
Diagnosis
A series of tests, medical history, and menstrual cycles will be asked from you so that you will be diagnosed well enough and have prescription and recommendation that are right for your needs. Your doctor will do physical exams and might recommend one or two more tests.
Blood Tests
You may be evaluated for iron deficiency and other conditions just by looking at the sample of your blood. Thyroid disorders and blood-clotting can also be detected by using this test.
Pap Test
Cells from your cervix are collected and is tested for possible infection, inflammation or any changes that may lead to cancer.
Endometrial Biopsy
A sample from the inside of your uterus might be taken as a sample to be examined by a pathologist.
Ultrasound
This type of imaging uses sound waves to make images of your uterus, ovaries, and pelvis.
Treatment for Heavy Menstrual Bleeding
The treatment for this condition depends on how serious the bleeding is, treatments range from lifestyle, medication up to surgeries. Additionally, the treatment depends on your response to some medicine and your wants and needs. Since some of the treatments may affect your conception, your treatment also depends on that kind of decision.
For common treatments, these include the following medications and treatments:
Treatments and Surgeries
Takeaway
It is encouraged for young women to give their doctor an accurate information and description of their menstrual cycles. In addition to that, taking extra care during the period should be a must, such as wearing comfortable menstruation cups like from the daisy cup and to be cautious of one’s lifestyle.

Keeping Up With Your Kids: How Regenerative Medicine can help

Limes are Lovely. Here’s Why?

Preparing Your Home For A Newborn Baby

Why is Health Not Our Priority?

Erase My Back Pain – Get Away From Chronic Pain