When I was younger, much younger, in my twenties the idea of me becoming a father was in the sphere of fantasy. The thought to be more precise was not even a consideration. Now one would ask, Andreas how do you know that?
Well, I know that back then babies were the last thinking my mind because when ever I was hearing a baby cry I would get upset and angry for no reason.
It didn’t need to be a prolonged crying, only a few minutes and I got really agitated.
Especially when I was flying and either two seats in front of me or two seats behind me there was a crying baby I would really get frustrated and angry.
You may I was insensitive and immature, and you probably be right.

Now that I plan to be a father shortly and I am more mature of course a crying baby is not an issue for me anymore. I actually can’t wait to get a crying baby in my arms and calm it down and reassure it that everything is going to be ok.
Now there are cry babies, and there are cry babies. I am learning as much as I can about children for obvious reasons of course. I am especially learning about issues that a child will face. One of the most often situations parents have to face is the inconsolable crying that a baby will have because of colic.

Now  Infantile Colic is estimated to affect up to 40% of infants aged from 2 weeks to 3 months. That means people that  4 out of 10 babies gets inflicted by colic. Now that’s not good odds at all. I like a good bet now and then, but I always like to have my odds on my side.
Having that in mind I embark in a small research where it’s basic aim was to find out how to eliminate colic episodes from my future daughter or son. Sounds crazy? Maybe, but I do have a solution for you which actually works.
As always when I want to skip hundreds of hours of reading scientific papers and want a valid and credible information I logged on to the good doctor’s site (Dr. Michael Greger) and started looking.
This is what I found after watching and reading a few of his videos and articles that you can find on his site (nutritionfacts.org)

I was shocked to find out that not so long ago colic was not considered to be a serious condition by the medical establishment and doctors.
When you have a baby that cries all the time for hours and hours non stop, then that’s something you should definitely check out with your doctor.
The first 3 months of baby’s life are critical, and you must pay extra attention to your child’s behavior, actions and reactions.
Non-stop crying and the sensitive child does make a lot of mothers either new or experienced to have anxiety disorders, postpartum depression. Sometimes they stop breast feeding, and there are cases where babies lost their life’s  because of physical violence by the parents.
Another factor that babies might get in danger is baby shaking syndrome.

So When I said that there are cry babies and there are cry babies I mean there are babies that they cry because they are just hungry or because they poop themselves and they feel uncomfortable.
There are also the cry babies that they cry because they are in real pain and trust after reading what I read Colic is Pain.
In the past, and I hope in the era that we live the things I found out do not happen anymore, the medical establishment had a  scandalous behavior and history when dealing with colic.
Particularly during the 1980’s infants were denied pain relief because they could not complain about their pain as adults are able to do.
Surgery was performed on infants with minimal or nonexistent anesthesia well into the 1980’s!

One famous example was the case of Infant by the name if /Jeffery Lawson who was born prematurely in February of 1985.
The baby went into open heart surgery soon after his birth. Now what made this operation so unique was that during the surgery Jeferry was awake! Yes, you heard right the baby was awake and conscious throughout the entire procedure.
The anesthesiologist gave to the poor baby Pavulon which is a paralytic (muscle relaxant) that has no effect on pain.
That means that the poor baby couldn’t move but could feel everything! Now if that’s not the definition of horror then I don’t know what it is.
Many of you will say that this was just an unfortunate accident, but sadly it was not.

The above behavior was the standard procedure during the 1980’s.The surgical procedure was safely accomplished with oxygen and pancuronium (a muscle relaxant) as the sole agents!!! Such things you would expect them to be happening during the dark ages, not in 1980!
The liaison between the AAP (American Academy of Pediatrics) and the Society of Anesthesiologists commented that the utilization of paralyzing agents was a standard and time-honored technique!
What I realized it was that medical stuff has a history of infant pain denial. They didn’t know babies can feel pain!
Even today Physicians that perform circumcisions (45% use anesthesia (71% of PEDs; 56% of FPs; 25% of OBs) all too frequently deny the infant the benefit of anesthesia!
A procedure is so traumatic for the baby that the child shows stronger pain response to subsequent routine vaccination than uncircumcised infants even months after their procedure.
Now I mentioned all of the above information so you can understand how babies and generally Colic is perceived by the medical professionals.
Another theory is that the pain of colic is thought to be caused by gastrointestinal disorders and discomforts like intestinal cramping. 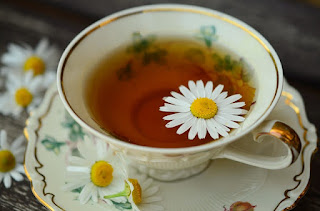 Peppermint oil did show promising effects in reducing the effects of intestinal spasms. A few drops of peppermint Leaf’s solution cut in half the occurrence of colic episodes and also decreased the crying duration of the infant.
The Study showed that and I quote: “At baseline daily episodes of infantile colic was 3.9  and the mean crying time per day was 192 minutes. At the end of the daily study episodes of colic reduced to 1.6  and the crying duration decreased to 111 minutes” which is not bad at all right?
Mentha piperita, the Latin name of peppermint, worked as well as the leading drug for infantile colic Simethicone!
Simethicone has shown to have no benefit, so comparing peppermint oil with Simethicone is not a good endorsement.
Plus AAP warns about the use of peppermint oil. The oil should not be applied directly to the nasal areas or chests of infants because of the risk of, bronchospasm, apnea, and respiratory  depression
Source: https://www.semanticscholar.org/paper/Effectiveness-of-Mentha-piperita-in-the-Treatment-Alves-Brito/561b9a36b7de6be34de870e178a81592411f4fab

“One study found that the specific herbal tea preparation to be helpful with colic pain( The utilization of tea eliminated the colic in 19 (57%) of 33 infants, whereas placebo was necessary in only 9 (26%) of 35 (p<0.01), but parents have been cautioned that the herbal tea preparation (Calma-Bebi; Bonomelli, Dolzago, Italy) contains extracts of the following natural herbs: (1) chamomile (Matricaria chamomilla), (2) vervain (Verbena officinalis), (3) licorice (Glycyrrhiza glabra), (4) fennel (Foeniculum vulgare), and (5) balm-mint (Melissa officinalis) because of the lack of standardization of strength and dosage, and potential interference with regular feeding.
Source: http://www.sciencedirect.com/science/article/pii/S0022347605835577

Chinese star anise tea is a traditional herbal remedy for infantile colic which is regarded as being safe and non-toxic.
On the other hand, another closely related species, Japanese star anise (Illicium anisatum L, syn. I japonicum  Sieb, syn. I religiosum Sieb et Zucc) has been well documented to cause both neurologic and gastrointestinal toxicities. In a nutshell, it’s poisonous and looks identical, but Japanese star anise contains a more potent neuro toxin called animation.
Furthermore, more research has found in the US that Chinese anise has been contaminated with Japanese star anise and warnings have been made so more strict federal regulation of the import of star anise into the US should be installed.
Knowing all the above, it’s better not to give Chinese star anise to infants because you don’t know if it’s contaminated or not by the Japanese star anise.
Source: http://pediatrics.aappublications.org/content/114/5/e653.long

Homeopathic and Other drugs

Other drugs homeopathic or not that are subscribed by doctors for colic are not recommended because of their serious side effects.

What about burping?  We all have this image where a baby right after being fed is brought on the shoulder of the mother and tapping his back waiting for the baby to burp.
Doctors, nurses, and parents all over the internet suggest the use of burping.
The reason they do that is that it helps ease the discomfort that the child feels because of the gases that are accumulated during the feeding.
Serious Scientific evidence for the efficacy of burping is lacking. A recent study revealed that burping efficacy in healthy term infants failed to demonstrate a statistically significant decrease in colic episodes as compared with the non-burping group.
Plus on the contrary, the risk of regurgitation was more than two times in burping group as compared with the non-burping group.
Source: http://www.care2.com/greenliving/treating-infant-colic-by-changing-moms-diet.html

So what’s an effective treatment?

Well, I know you were reading until now, so you find out what’s the solution and cure for colic. The answer is:

The elimination of cows protein.

27 controlled trials show that the eradication of cow’s milk protein was sufficient with colic episodes. It was most of the time an allergic reaction to the protein.
Decades ago studies showed that the babies developed antibodies to the cow’s protein
It doesn’t matter if the kids were fed cows milk or breast fed, the colic episodes were the same.
Now, why is that? Well, it seems that mother’s that drink cows milk ingest the cow’s protein which in turn pass into her milk which the infant drinks!
Studies have shown that Cow’s Milk Proteins Pass through Breast  Milk and cause severe allergic reactions.

A baby boy with no family history of the allergic disease who was fed only human milk from birth. Colic started at 4 weeks after getting cow’s milk. At 6 weeks, cow’s milk was eliminated from the mother’s diet and the colic almost completely disappeared within a day, but promptly recurred when the mother returned to healthy eating.
The conclusion is that infantile colic in breastfed infants can be related to cows milk consumption by the mother and we suggest that the treatment of infantile colic in breastfed infants is a diet of cow’s milk for the mother
A recommendation that continues to this day.

Here you have it, people. Mission accomplished. If you don’t want to stay up all night trying to quiet your baby that might be suffering from colic eliminate cow’s milk from your diet if you are breastfeeding and also cow’s formula as food for your child.
There are so many other alternatives as the formula is a concern. Use soy formula for example.
I hope this article helped.
Have a healthy and happy day.
My warmest Regards,
Andreas Michaelides

10 Most Effective Ways and Secrets to Avoid Spit Up in...

What Are The Benefits to Join Fitness Classes

8 Way To Prepare Your Toddler About Newborn

Best Orthodontic Treatments in Muscat and Its Benefits and Reasons

10 Benefits of Co-sleeping with your Children

Making Gains Without Any Pain or Breaking Rules

Baby Sweat during Sleep – Should you worry?

5 Benefits of banana for 6 Month plus babies